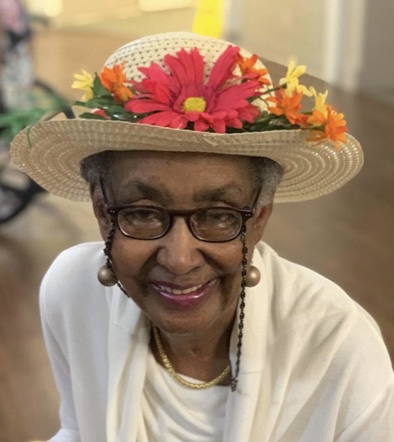 Funeral services will be held Monday, July 5, 2021, at 10:00 a.m. in East Jerusalem Missionary Baptist Church with visitation one hour prior to service time. Pastor Brian K. Dees will be the officiant.

Adella Rawls Barber was born in Collins, MS on September 23, 1940, to the late Mernervia and Willie T. Rawls.  She entered into Eternal Life with her Savior Jesus Christ in Heaven, peacefully at Windham House of Hattiesburg surrounded by her loved ones on Monday, June 28, 2021.

Adella’s childhood was in and around the Collins and Williamsburg, MS communities. Later in her adult life, she moved to Jamaica, New York, where she met and married her late husband Robert Barber.

Adella made God, faith, and family the priorities of her life. She accepted God as her Savior at an early age and was a committed follower of Jesus Christ. She was a member of the East Jerusalem Baptist Church where she served under the leadership of the late Dr. Rev. Alonzo Dees and later served under her dearly beloved Pastor, Rev. Brian K. Dees. Her church activities included singing in the Adult Choir, member of the Pastor-Aide Committee, Sunday School and Senior Mission #2. She was an active member of the church and served faithfully until her health declined.  She loved attending Resurrection Life and meeting with the Arms of Ruth Widows Ministry. While residing in Hattiesburg, MS, she loved attending West Point Church and the visits she received from the Nursing Home Ministry on Saturday mornings for devotion.

Adella was employed at Crosby Memorial Hospital for many years. She took pride in being a committed Avon Representative throughout Pearl River County. She was affectionally known by many as the “Avon Lady.” She also performed domestic and babysitting duties over the years.

She possessed a contagious smile and an entertaining sense of humor. Throughout her life, she maintained a sweet and simple demeanor that won the trust and hearts of those she encountered.  Adella was a genuinely nurturing and loving person. Her signature gift of joy shown through her constant smiling, laughter, and joking around, will never be forgotten. She was the epitome of what loving your Family really meant. Adella love the fact that she shared and celebrated her birthday with her nieces, 2nd generation, Janet Rawls-Keys and 3rd generation, Brandi Acker-Welch.

Adella enjoyed gathering with her friends at The Senior Center playing bingo, arts and crafts, crossword puzzles, gardening, watching and traveling to sporting events to see her nieces and nephews play ball.  One of the greatest joys of her life was gathering with family and love ones to watch the Picayune Maroon Tide battle it out against any opponent in basketball, track and especially football.  Even when she couldn’t attend, she would tune in to WRJW radio broadcast. She was a  “Who Dat” New Orleans Saints fan. If the Saints were playing she would be found glued to the TV and shouting at each play and calling family and friends about what happened. Adella would also spread her love through cooking her often requested homemade banana pudding and green bean casserole.

she would respond, “they wouldn’t get out of my way.”  Even though she was tall and slender in statue, she did not back down and she would let Those near and dear to her had the pleasure of witnessing Aunt Adella’s humorous and feisty side.  To be a tall lady she owned some of the smallest vehicles over the years.  There was a time she was driving on Fifth Street in Picayune and she drove her car up a telephone pole and was able to walk away without a scratch.  She was known for a number of fender benders and when asked what happened you know what was on her mind. She also found pleasure in laughing at herself when she did something silly. These are memories that we all can cherish and laugh at when feeling her loss.

Her life was a living example of her favorite Bible verse, Ephesians 4:32 — “And be kind and compassionate to one another, forgiving one another, just as God also forgave you in Christ.”

Interment will be in the New Palestine Cemetery