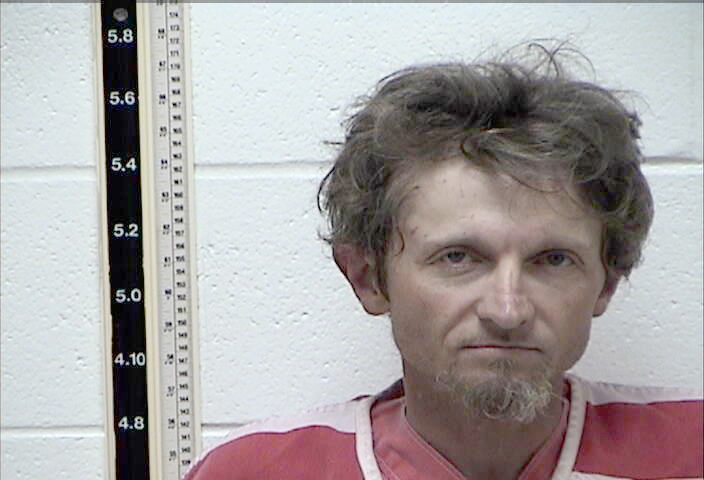 A Philadelphia, Miss., man was arrested in Picayune for making threats to law enforcement personnel.

Picayune Police Assistant Chief James Bolton said the incident began with a report of a suspicious vehicle in the area of Iberville Place in Picayune on May 27, at 9:48 p.m.

Bolton and some patrol officers went to the scene and found a Ford Explorer with a Neshoba County license plate parked in the area. Investigation into the vehicle determined the owner of the vehicle, later identified as 33-year-old Samuel David Fulton, of 10172 Road 561, Philadelphia, Miss., parked it there at about 7 p.m. that day and walked off into the neighboring woods.

Bolton said a K-9 unit was requested to conduct a search of the woods. After the unit arrived and as the K-9 was being prepared to conduct the search, officers saw Fulton exit the woods apparently wearing body armor and holding something in his hand that appeared to be a weapon. When he was confronted by the officers, Fulton headed back into the woods and told the officers that he had a gun and if they didn’t leave he would kill them all, Bolton said.

As a result of the threat, additional officers, tactical teams and deputies with the Pearl River County Sheriff’s Department were called out to set up a perimeter.

Fulton then refused to communicate with law enforcement personnel.

Officers kept the perimeter up until the next morning when they heard that Fulton had been picked up by his parents and taken to Highland Community Hospital. Bolton said that the parents got involved after the Neshoba County Sheriff’s Department alerted them of what was going on, who was alerted to the incident after Picayune Police Department representatives contacted the Neshoba law enforcement agency to get some background information on Fulton. Fulton’s parents then drove down from their Neshoba County home to see if they could find him. Bolton said they found Fulton walking along Highway 11 north of where the perimeter had been established. He estimates that Fulton go by the perimeter by leaving the area before it was set up.

When officers were alerted by medical staff at Highland Community Hospital that Fulton was there he was then taken into custody and booked on the offense of making terroristic threats, Bolton said.

Fulton’s parents said that he is familiar with this area because he oftentimes sells produce on the road side in Picayune.

While his parents advised the officers that drug use could have be a contributing factor in the incident, no drugs were found on his person or in his vehicle. Also, no weapons or body armor were found in his possession when he was taken into custody by the Picayune Police Department.