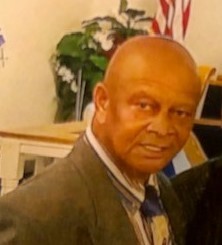 Amazing Grace! Through many dangers, toils and snares, I have already come; ‘Tis grace hath brought me safe thus far, And grace will lead me home.

Funeral services will be held Saturday, May 29, 2021 at 11 a.m. at New Palestine Cemetery for Nathaniel “Naye” Jackson, age 72 of Picayune, MS who died peacefully in his home on Monday, May 17, 2021. Dr. Michael Kelly will officiate the service. Interment will be in the Biloxi National Cemetery with Military Honors.

Nathaniel is preceded in death by his parents, Curtis and Beatrice Jackson Sr. his son, Malcolm Allen Jackson and his brother, Curtis Jackson Jr.