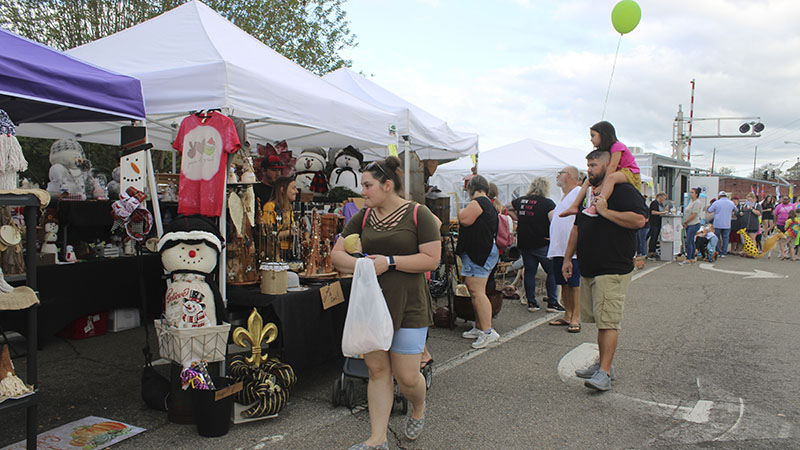 The Street Festival will include a 5k run on April 11, a classic car show on April 10, an entertainment stage on Highway 11 with performances from three different bands on both days and a theater group and lots of good food.

The 198 vendors include local artisans and food vendors who have been participating in the festival for years, alongside some first time vendors.

Some of the food vendors have been participating in the event since 1996, said Beebe. Attendees can expect roasted corn, char grilled oysters, blackened shrimp and Mississippi barbecue to all be on the menu at the two-day festival.

Beebe said artisans like Kathleen Johnson with Backwater Studio, Picayune’s G6 Creations and Brits Leather will all be returning to peddle their wares.

Wooden furniture is often a popular item at the spring festivals, said Beebe and the festival will feature local woodworkers who return year after year, and a new wooden furniture vendor.

Families should be kept entertained by the Rogues and Renegades, a local pirate group who were a big hit at the fall festival, said Beebe.

The festivals benefit the local economy because it draws people from out of town to spend money at hotels, restaurants and gas stations in Picayune.

Face masks are recommended but not required. Extra hand washing stations will be put out and vendors have been asked to provide hand sanitizer at their booths, said Beebe. Anyone who feels sick within the two weeks preceding the festival should stay home.