Senate bill might give counties more money for bridges 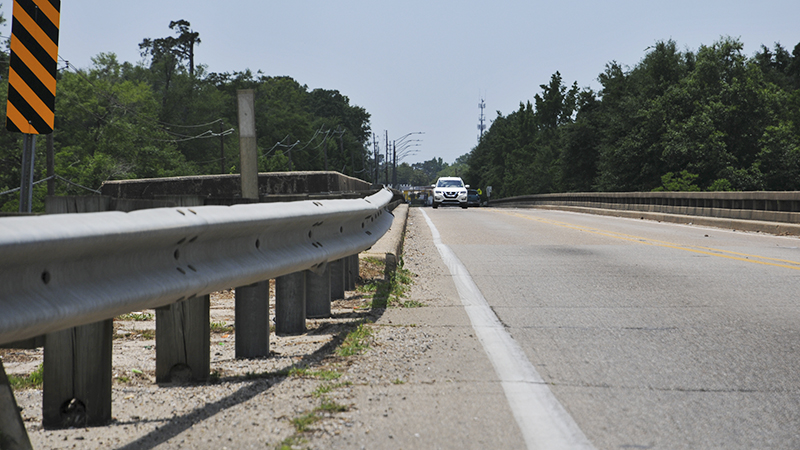 Despite the lack of space, various pedestrians and bikers risk their safety and cross the Hobolochitto Creek Bridge in Picayune every day. Photo by Leah McEwen

The Mississippi Senate passed a bill that would redirect lottery funds from state to local roads.

The bill still needs to pass the House. SB 2825 would redirect $80 million of the lottery revenue from the Mississippi Department of Transportation to the Emergency Road and Bridge Repair Fund for three years.

The ERBR fund was established in 2018 to repair public roads and bridges maintained by the state. The initial funding came from a state bond and was up to $250 million.

Pearl River County has “benefited greatly” from the ERBR program, said Les Dungan with Dungan Engineering during a Pearl River County Board of Supervisors meeting held Thursday. The last of five bridges that have been replaced with ERBR funds in the county is being completed, said Dungan. The program does not require counties to provide a match with local funds.

The same bill would also raise the weight limit on harvest permits from 84,000 pounds to 88,000 pounds in 2023, which could cause more wear and tear on county roads.

If the bill passes, it would give the county a shot to get more bridges replaced that are on timber pilings, said County Administrator Adrain Lumpkin.

The county had to close one bridge after 2021 inspections and has been working on a bridge replacement strategy of addressing the worst bridges first, said Lumpkin.

Although the bill could benefit county bridges, it is unlikely it will benefit county roads, Dungan told the Board, because in the last round of ERBR applications all awards went to bridge projects.

Pearl River County has received funding for roads through Internet sales tax diversions. In 2021, the diversions have so far been higher than projected, Lumpkin told the Board. The county was guaranteed $440,000 in 2021, but has received a first payment of  $476,000. The county gets two Internet sales tax diversion payments per year and the second payment is expected to be closer to $200,000 in the summer, said Lumpkin.