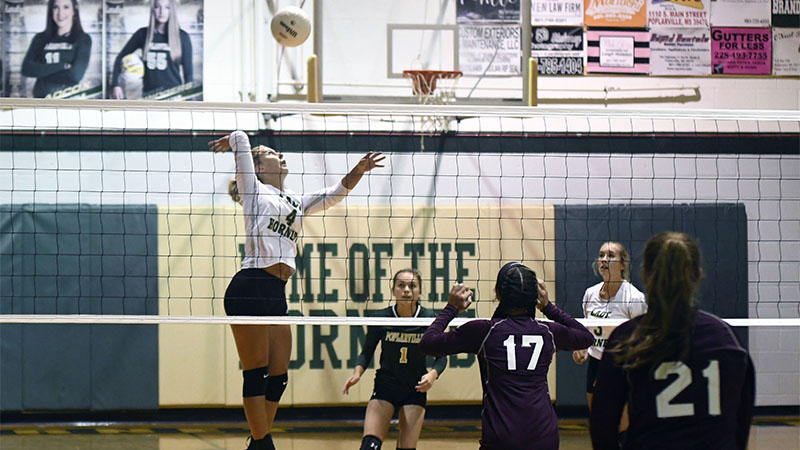 Ready To Spike: Madison King rises up and looks to kill the ball for the Lady Hornets. Photo by Jonathan Mitchell.

The Poplarville Lady Hornets took on the Sumrall Bobcats Tuesday evening in a first round playoff game and lost in three sets (7-25, 10-25, 12-25).

The postseason matchup was the first time in the Lady Hornets’ two year history to make the playoffs.

However, Sumrall had an experienced, talented group and a program that has been in competition for nearly a decade.

The difference in experience ended up being a deciding factor in the game.

“It was exciting to go to the playoffs, but they were nervous and never played (like they were) settled. They just played nervous the whole time. It was an experience and that’s what we needed,” Head Coach Robin Jeffries said.

The result wasn’t what the team wanted, but it capped off a record setting campaign for the Lady Hornets after not making the playoffs during the team’s inaugural season last year.

Now the returning players can build off that playoff experience. Jeffries told them after the game that it was a good learning opportunity moving forward.

“I told them that they were there and there were three other teams in the district that weren’t. They should keep their heads high because they did make the first round of the playoffs. It’s only year two, but that’s school history at this point and they can put their name to that,” Jeffries said.

There were six seniors on the team who played a big role in Poplarville’s accomplishments this season.

After the game, Jeffries asked the seniors if they had anything they wanted to say after playing their final game in a Lady Hornets uniform.

“They cried and were sad. They said they loved being a part of the team and learned a lot of lessons from the team,” Jeffries said.

Now athletes on the team will go their separate ways, some of which will play other sports.

Jeffries said some of the players will participate in club volleyball over the coming months, but the majority of the team will join the softball program in preparation for the start of the 2020 season. 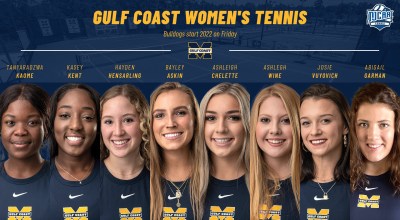