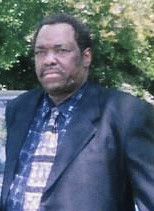 James Charles Bester was born January 21, 1948 to the late Jesse and Lucille Bester. He accepted Christ as his personal Savior at an early age at Triumph Missionary Baptist Church under the leadership of the late Rev. Shelby.

Fondly known to many as “Pap,” he was an avid fisherman. On Wednesday, June 17, 2020 he ended his earthly journey to enter into his heavenly home.