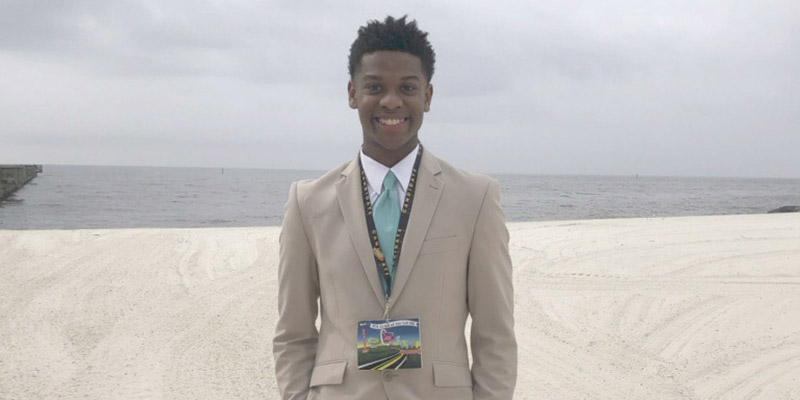 A Picayune Memorial High School student was elected president of the Mississippi Beta Club at the annual statewide convention in Biloxi last week.

Junior Dylan Littles is the president elect of Mississippi Beta Club after winning in a race against 10 other candidates at the state’s Beta Club convention on March 2 and 3, said club co-sponsor and English teacher Jennifer Hanberry. Over 100 Beta Clubs and 3,000 students attended, Hanberry said.

“He was shaking hands and meeting people. I told him he has a career as a politician if he wants it. I feel like he made friends with 3,000 kids,” said Hanberry.

“The whole idea is for them to learn and grow as the future leaders,” she said.

Every year Hanberrry leaves the state convention feeling inspired by her students’ talent and creativity, she said. The 48 students who were able to attend the convention helped run Littles’ campaign with Chicken Little themed t-shirts—a play on their candidate’s last name—and a skit.

Littles also had to offer a campaign speech to a packed coliseum and answer an on-the-spot question about imagination and reality.

As president, Littles will have the opportunity to give speeches at several other state conventions and to take a leadership trip to Washington D.C.