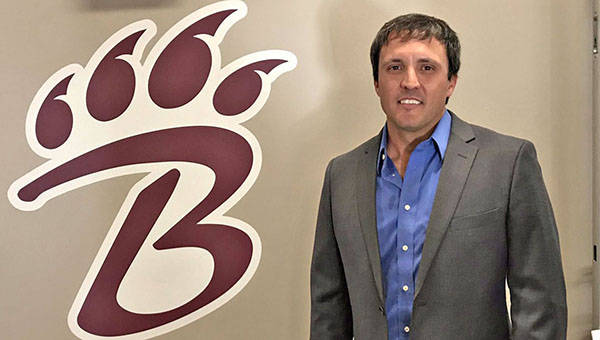 It didn’t take Conner Douglas long to land on his feet.

On Wednesday, a week after he was informed that he would not be brought back as Warren Central’s head baseball coach, Douglas was hired as head coach at Long Beach High School on the Coast.

“It’s one of those ones that popped open. I couldn’t have asked for a better landing place,” Douglas said. “One door closes and another one opens, and a great door opened for us.”

Douglas had a 142-66 record in seven seasons as Warren Central’s head coach, and spent three years before that as an assistant there. His teams made the Class 6A playoffs and had a winning record every year he was the head coach.

After he was informed he would not be brought back, Douglas said he had a couple of schools contact him for interviews. He was hired from a pool of 26 candidates for the Long Beach job. In a statement released Wednesday night, Long Beach School District superintendent Jay Smith said Douglas quickly emerged as the best of the lot.

“I was very pleased to have 26 high quality applicants, several of whom were already head coaches. Had we received 126 applications, Coach Douglas would have still been my selection,” Smith said in the release. “He is a class act and will be welcomed in the Long Beach community. His experience and love for coaching kids will be appreciated by myself, our school administration and our school board. He has been given complete control of the Bearcat baseball program grades 7-12. It was my job to hire a coach, it is now his job to coach and I have zero interest in telling him how to do it.”

Long Beach won the Class 5A championship in 2010 and reached the third round of the playoffs in 2017. It had just a 24-27 record over the past two seasons, however, including a 10-17 mark this year. Shane Rutledge resigned after seven seasons to take an administrative position with the Long Beach School District.

Douglas added that the Long Beach job was attractive for reasons beyond baseball. His wife Sumner recently got her license as a nurse practitioner and jobs in that field are more readily available on the Coast. Long Beach also is an A-rated school district and the couple has a daughter about to start school.

“We’re excited. The family is excited about moving to a place like Long Beach. It’s one of the top school districts in the state,” Douglas said. “At this point in life, I’m looking out for my family. It’s not about me anymore. There’s a lot of possibilities for my wife for getting a job. God blessed us.”

Douglas joked that he also knows a lot of people on the Coast already. A number of former coaches from the Jackson Metro area such as Clinton’s Eddie Lofton (now at Biloxi) and Ridgeland’s Brian Rea (Ocean Springs) have taken jobs at Coast schools in recent years.

“It’s kind of funny that I started rivalries with coaches in the Jackson area and four or five of us are down there now. I think I know every coach south of I-10,” Douglas laughed.

As his time winds down at Warren Central, Douglas added that he was thankful for the friends he’s made here as well.

“I’m thankful for the Warren Central community,” he said. “The coaches and players and parents have been family for the last 10 years.”