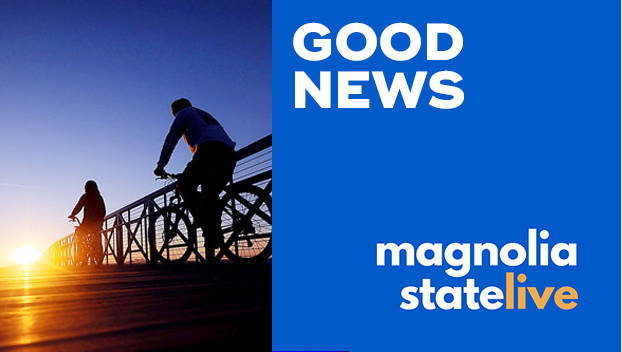 By MARY POLLITZ, The Commercial Dispatch of Columbus undefined

CALEDONIA, Miss. (AP) — There are very few animals in need that Pam Eads will turn away.

Eads, the office manager of Animal Medical Center on Idlewild Road, has often used her career to help make her property a sanctuary for lost animals.

“I’ve always loved animals,” Eads said. “I am pretty much a people person too though. I always thought if I could help people and animals at the same time, I’d be happy.”

Since she was barely 6 years old, she’s been feeding chickens and riding horses. She’s saved and re-homed a number of horses, with two currently living in her pasture.

“I got Nugget when he was about six months old,” Eads said about her 8-year -old Appaloosa horse. “He’s had two homes and a free lease but he always ends up back home. Now he’s here to stay.”

Eads has lived with her husband Gary in Caledonia for nearly 20 years now. After graduating from the University of New Orleans, she moved to the Golden Triangle and began working with Animal Medical Center in the early 1980s.

“I majored in library science,” Eads said laughing. “I haven’t used that degree a day in my life.”

Though she claims her work doesn’t correlate with her collegiate studies, she is rarely found without a book nearby.

Entering a new world though literature was always something she tried to instill in her children, Julie McDill and Luke Eads.

“My kindle is my best friend,” Eads said. “Ever since my kids were young, the Harry Potter world has been in my life. I totally believe in magic and think that it can be found anywhere.”

When she’s not working, Eads can be found sitting on her porch swing beneath a pergola of grape vines. If she’s not tending to a sick animal, gardening or collecting eggs from her chickens, she is picking up a new craft.

With winter coming to a close, she started the Spring season by collecting dead Muscadine vines. Like any other craft she learns, Eads starts by doing. She slowly starts weaving and intertwining the dead sticks into wreaths.

“I am also a member of the barn quilting guild,” Eads said as she pointed out three brightly colored quilt patterns hanging on her fence post. “But that’s a story for another day.”

The most evident of her passions can be noted by the accolades in her backyard. With garlic growing in an old tractor tire and chickens surrounding her, it’s easy to see she’s in her element. When Eads sends a whistle into the air, her horses barrel toward the stables.

“We had an Appaloosa in the ’90s, Flashbright,” Eads said. “When he died, I started a foundation for him, in honor of his life. That’s when I found Nugget. Now, he’s the prince of the pasture.”

Her home has become one to many wandering animals searching for a temporary, and sometimes permanent, home. Her rescue dogs, Tonks and Tiny, often bark in the background as the chickens peck for worms in the dirt. When asked how many chickens reside in coops she has made of pallets, Eads responds in the only way she knows how.

“You never ask a chicken lady how many chickens she has,” Eads said. “They either don’t know or they’ll lie to you.”

On her weekends off, Eads walks hand-in-hand with her 4-year-old grandson, John David McDill. That passion for animals continues as a family legacy. John David often follows close behind her with chicken feed and mealworms ready to help.

“He’s such an angel,” Eads said. “He really likes the chickens, helps feed and gather eggs.”

Her passion for animals doesn’t end at work or even in her own yard. At any time, asleep or awake, she can count on receiving a phone call from someone searching for a little advice. And, like always, she is there to help.

“I’ve delivered many of puppies over the phone,” Eads said. “My neighbors here and neighbors when I was growing up would always ask me what to do with their sick animals. I just do what I can.”

Information from: The Commercial Dispatch, http://www.cdispatch.com