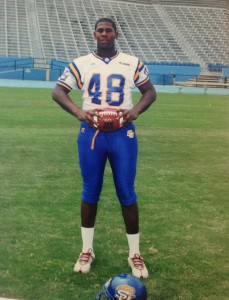 Visitation will be Saturday, August 23, 2014 from 1-2 p.m. in Rosa of Sharon Church of God in Christ under the direction of Baylous Funeral Home.

Johnny’s favorite saying was, “Trust in the Lord with all your heart.”